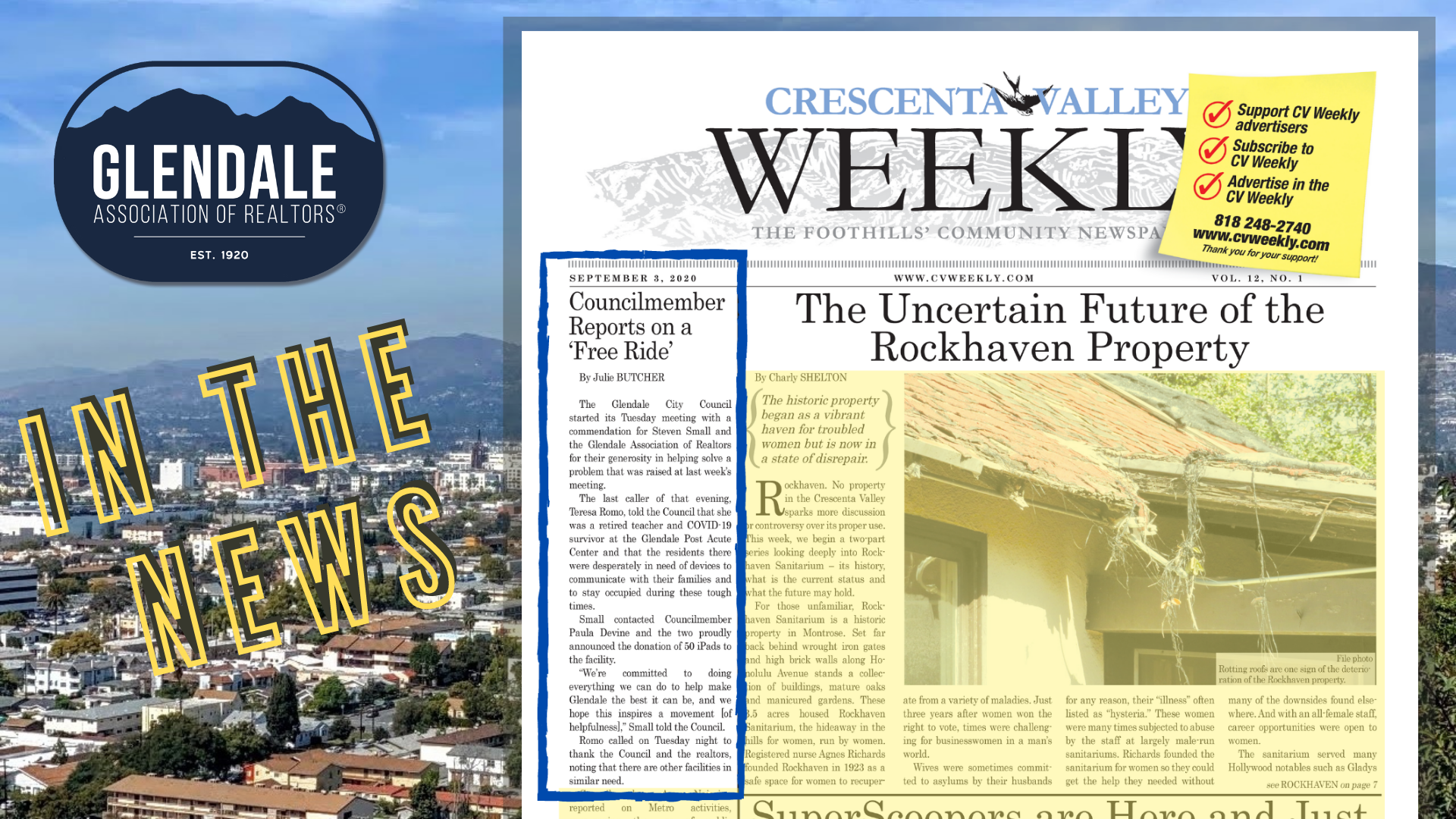 GAOR was mentioned in the Crescenta Valley Weekly News for the City of Glendale Mayor’s Commendation given to the Association for the iPad donation made to the residents of the Glendale Post Acute Center.

The Glendale City Council started its Tuesday meeting with a commendation for Steven Small and the Glendale Association of Realtors for their generosity in helping solve a problem that was raised at last week’s meeting.  The last caller of that evening, Teresa Romo, told the Council that she was a retired teacher and COVID-19 survivor at the Glendale Post Acute Center and that the residents there were desperately in need of devices to communicate with their families and to stay occupied during these tough times.  Small contacted Councilmember Paula Devine and the two proudly announced the donation of 50 iPads to the facility.  “We’re committed to doing everything we can do to help make Glendale the best it can be, and we hope this inspires a movement [of helpfulness],” Small told the Council. Romo called on Tuesday night to thank the Council and the realtors, noting that there are other facilities in similar need. 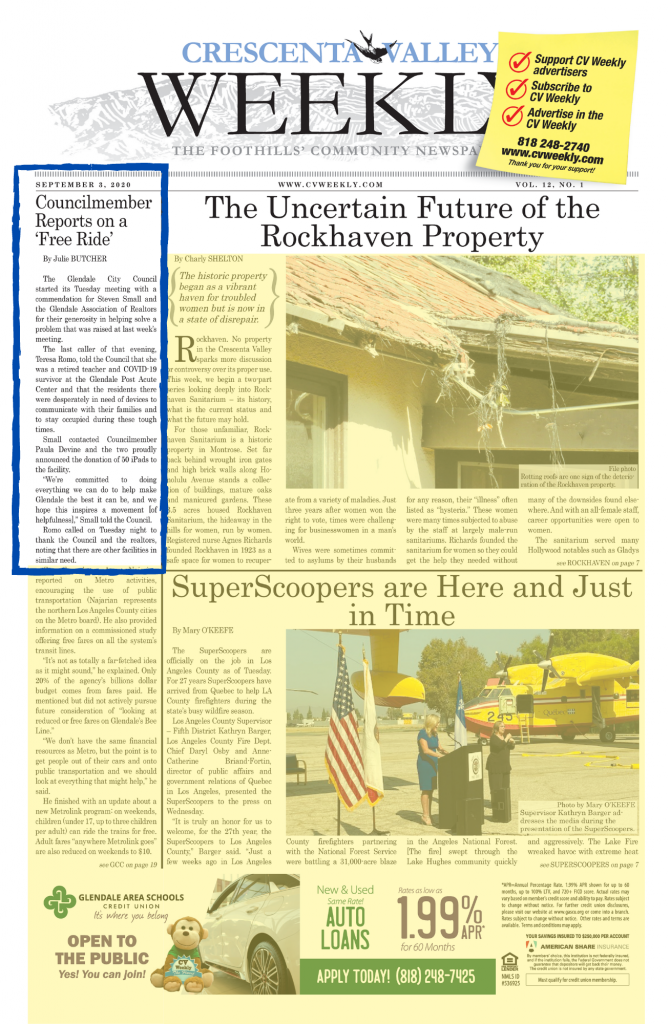