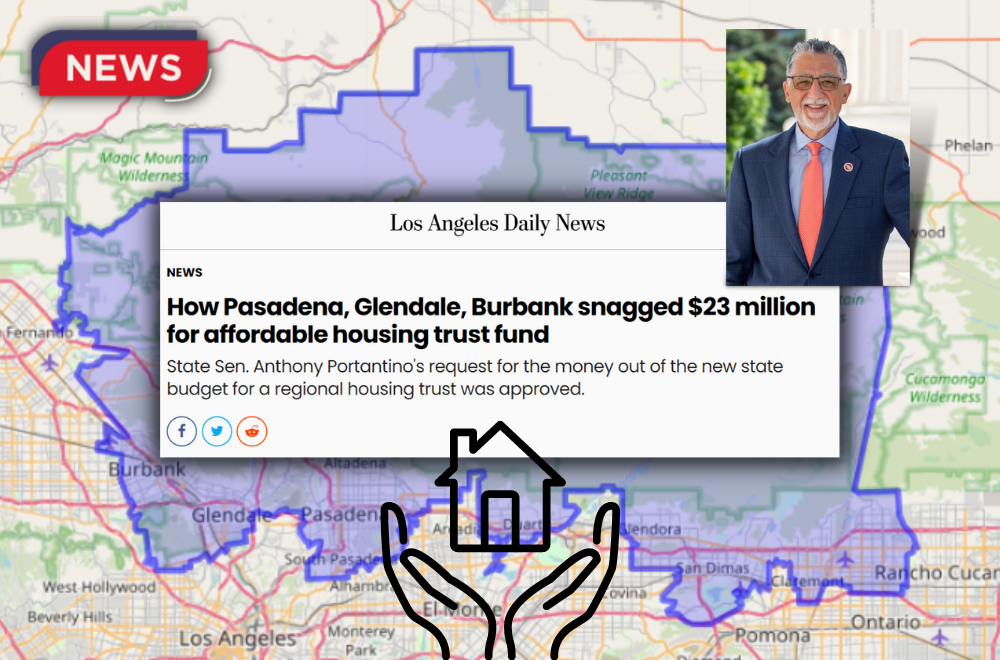 The future of an affordable housing trust fund among the cities of Pasadena, Glendale, and Burbank took a step forward this week, as officials announced the approval of a $23 million infusion to get the fund off the ground.

Under state Sen. Anthony J. Portantino’s proposed SB 1177, the money — carved out from the state’s $308 billion 2022-23 budget, signed into law last month — would go toward a fund administered by a joint-powers authority of the three cities.