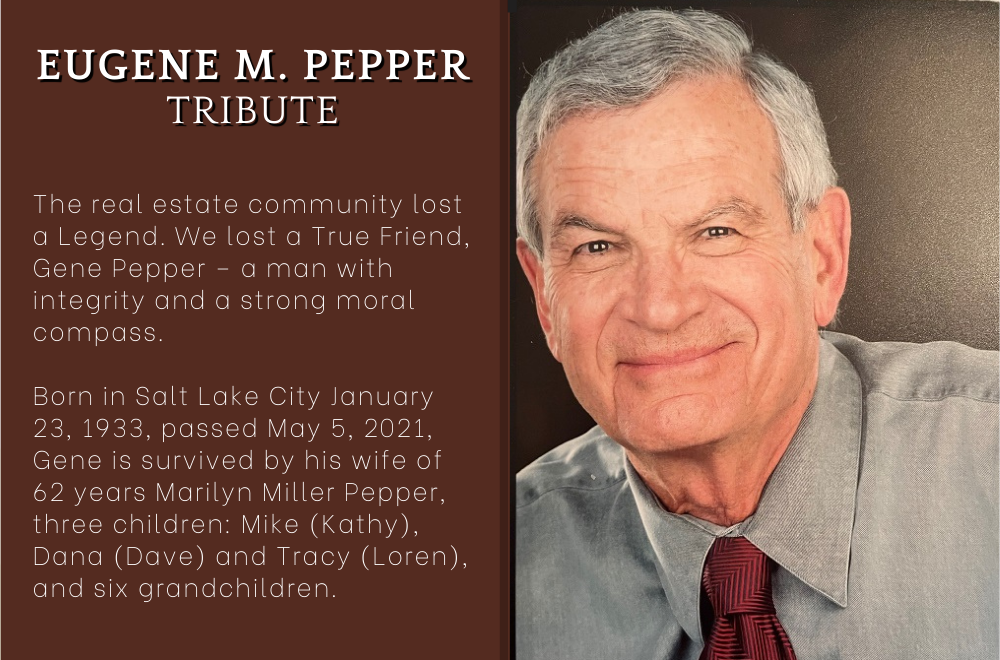 The real estate community lost a Legend. We lost a True Friend, Gene Pepper – a man with integrity and a strong moral compass.

After graduating from Stanford University, where he was Junior Class President, he joined the U.S. Marine Corps officer training program called the Platoon Leader Class and was elected to the top five officers (out of 176) in Marine Corps Basic School in Quantico, VA. He served as a Platoon Leader, Executive Officer, Interim Company Commander and was promoted to Captain.

His other credentials include being Vice President of Glendale Chamber of Commerce, Founding Chair of Glendale Memorial Hospital Foundation Board, Hospice Volunteer under training and direction of Huntington Hospital for ten years, Speaker of Year Success Motivation Institute, Glendale News-Press/Valley Sun Columnist (Real Estate news and advice column and the Take Five column), Author of the book How To Save Your Business & Make It Grow In Tough Times, and his memoir The Stutterer Speaks, President of Glendale California Kiwanis Club (240 members), Outstanding Kiwanian of the Year, President of Seniors Golf Association of Southern California, and Member of Oakmont Country Club where he was 1996 Club Champion and First Flight winner. His best score was 73, and shot his age in December 2015.

May he rest in peace. He will be greatly missed.