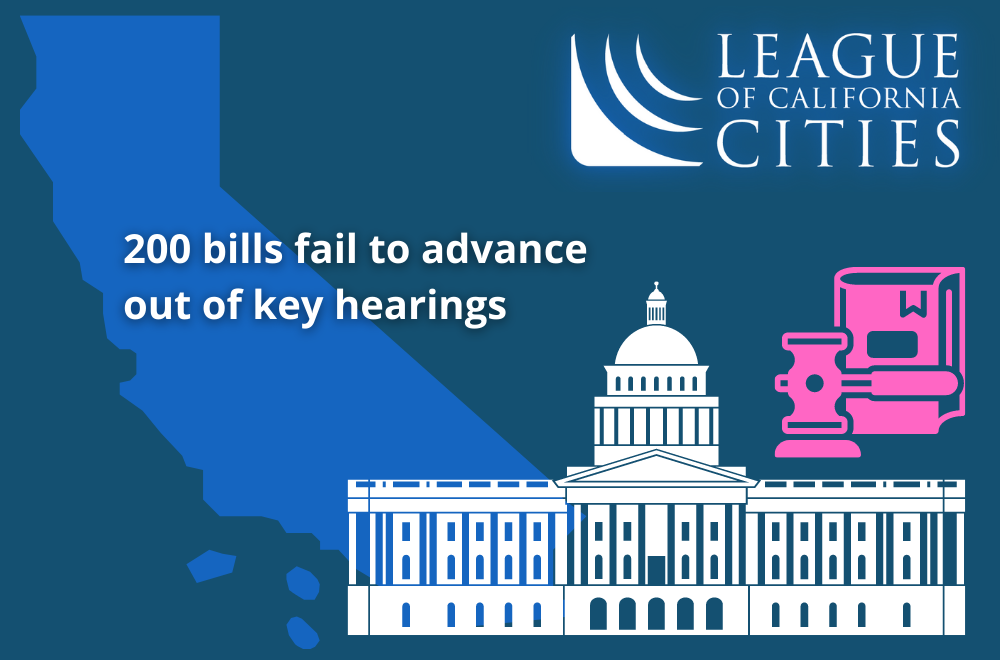 Hundreds of bills failed to advance last week during a rapid-fire appropriations process known as the suspense file.
The suspense file process was introduced in the Legislature in the 1980s to promote fiscal responsibility by evaluating the costs and comparing bills before they reach the Assembly or Senate floor.
Unexpectedly, the day before the committee hearings last Thursday, President pro-Tempore Toni Atkins and Assembly Speaker Anthony Rendon announced a new limit of 12 bills per legislator, ensuring the death of hundreds of bills. Atkins reasoned that rules requiring “increased access for people to phone in public comment” made the cap necessary.

Of the 16 priority bills highlighted during the League of California Cities Legislative Action Days, 12 were placed on the appropriations committee suspense files and during those hearings, five bills had favorable outcomes for California cities.

Check Out Some of The Bills
At THE LEAGUE OF CALIFORNIA CITIES
Please follow and like us: